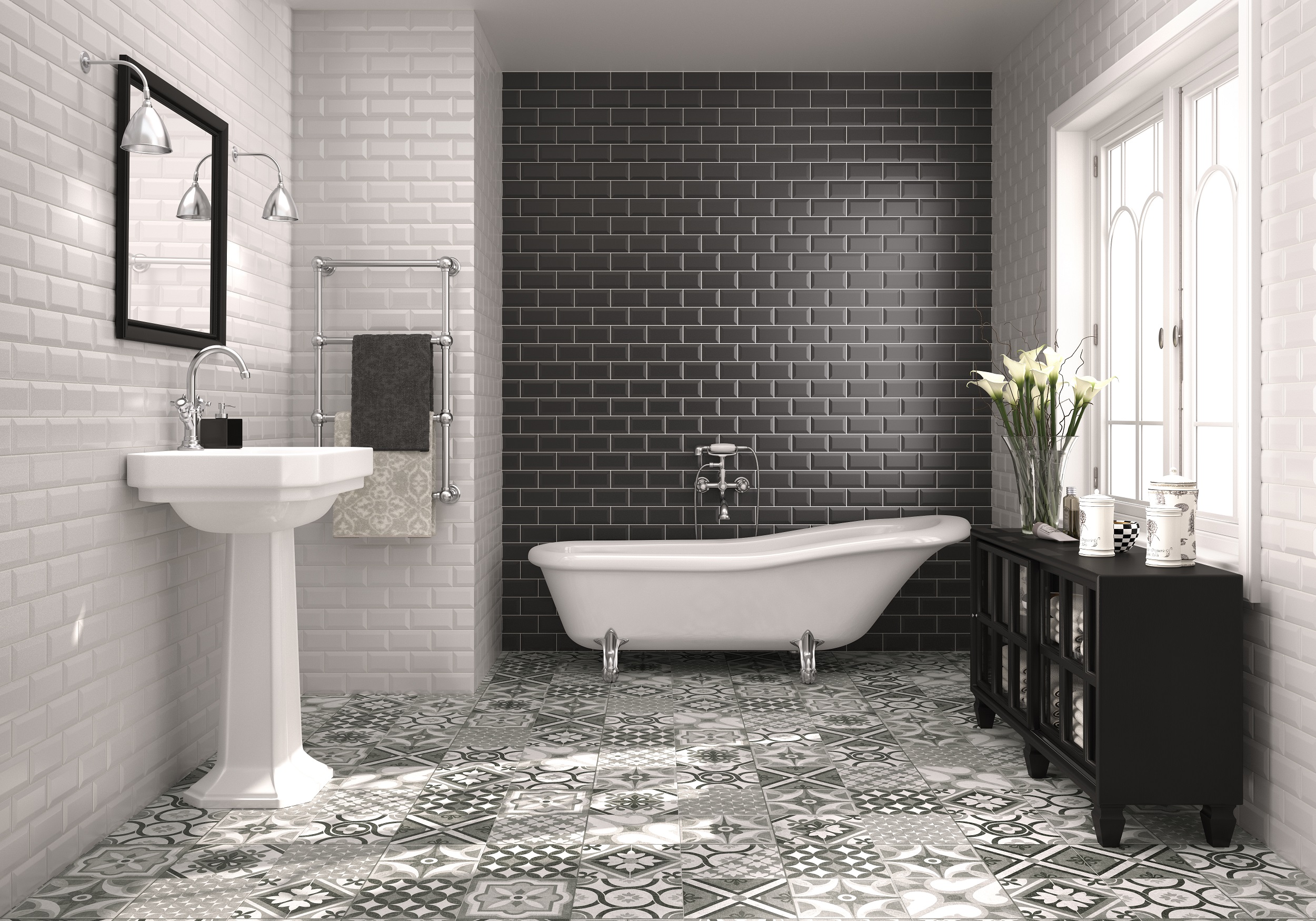 Metro tiles are a long-established classic in the tiling world.  From their heyday during the construction of the London Underground and other urban transport systems around the globe, their popularity has continued to this day.

Now, with the resurgence of urban chic, and the mix and match interiors that have evolved from shabby chic, the metro tile is hot once again.

By adding contrasting grout or even changing the laying pattern can create a stunning feature in your home. Users are able to beautifully blend different tones together, creating a unique look and adding depth to any room.

Of course there are many different types of metro tiles. There are subtle differences in format, with the classic rectangle either elongated or squared off.  There are also significant variations in the signature bevel.  Some are highly raised and sharp edged, others lower and softer, with rounded edges.  Some are thin and quite mean, others larger and can sometimes appear out of proportion.

Some of the credit for the enduring popularity of the metro tiles must go to leading retailers, who offer a broad range of well-designed metro tiles in their portfolios.  Here, in addition to the classic white and black options, consumers can find a myriad of coloured metro tiles, from eye-catching red, jade and green, though to more understated grey, blue and fern green options.  While the gloss tiles remain popular, matt and satin options are also available; making the metro tile a particularly versatile design tool.

Over the past two years the metro tile’s near relation, the brick-effect tile, has become a prominent trend at international tile shows.  Here again, there are many differing styles and types of brick tiles. The classic English tile is most commonly represented, but brick tiles come in many different shapes, from elongated rectangles through to micro-bricks that are but a small step from mosaic tesserae. The variety of brick effect tiles should come as little surprise given the huge variations in the material is it emulating. There is plenty of inspiration for today’s tile designers and they have responded with a fantastic range of high quality brick emulations.

Many take inspiration from the look of the walls in open brickwork typical of a number of cities worldwide, with a hand-crafted feel that reflects the industrial development of cities such as Venice, London and New York. In the liveliest districts of these cities, the brick surfaces remain the clearest expression of the lively artistic and cultural scene of places with a story to tell. Though the use of tiles from designer collections, these characteristics spring to life within the walls of the home. Each designer takes there inspiration from city’s with a lively artistic and urban lifestyle for centuries offering a fascinating take on industrial brickwork, bringing an original, contemporary twist.

The direction and distance variations between the elements creates some kind of visual pun that reminds viewers of a tiny wall of bricks or a more complex paved floor concept. They can be used to provide a perfect blend of contemporary style, timeless appeal and 100% urban look.

The suitability of the metro and brick tile for use as a floor or wall covering extends its versatility and potential uses, in both residential and commercial contexts, to bring a simple touch of modern style to any setting, with a sophisticated, vintage flavour.

Our Guide to Statement Flooring →